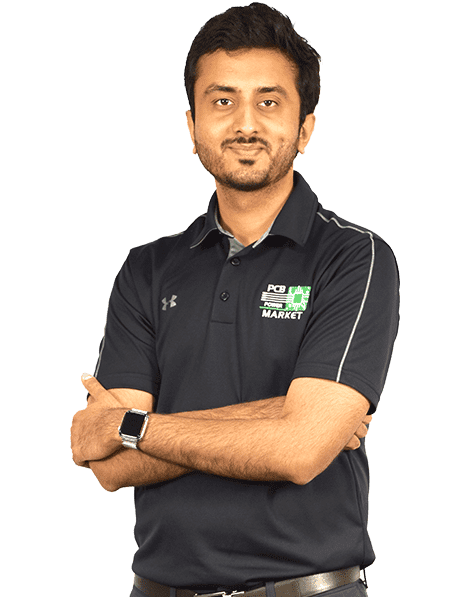 As the Chief Marketing Officer, Aashay leads the firm’s efforts in augmenting value across the customer lifecycle at PCB Power Market.

Aashay graduated with a Bachelor in Economics & Business with a concentration in Marketing. Before joining PCB Power Market, he worked at a $2 billion American technology giant as a Financial Analyst. His early career roles and formal training helped him sharpen his data analysis & strategic thinking capabilities that he has leveraged to generate value at the firm.

He has pushed the firm’s culture towards enabling processes originating from customer obsession. Under his leadership, PCB Power Market launched the PCB Layout and PCB Assembly services and expanded operations in Ahmedabad (India) and Los Angeles (USA). He also directed the creation and launch of the firm’s digital experience platform for customers in India and the USA.

Aashay is driven by the PCB Power Market vision & mission, along with the opportunity his role provides to create a material impact on the electronics ecosystem by solving systemic problems that improve the world. He admits that no two days have been the same in his journey thus far with the firm and attributes this dynamism as one of the key motivators to go beyond his personal best every day.

Aashay frequently recounts his first day at the firm in 2016, standing at a trade show in Bangalore and representing PCB Power Market across 100+ interactions. That was also the day when he took an inventory of the brand he stands for as a young professional, based on the feedback he received from prospects, customers, and peers.

When not working on the next initiative to create value for the PCB Power Market customers, Aashay is consuming academic & journalistic coverage across themes in Economics and Technology. He is also an active tennis player and golfer.

"Assumptions are worthless if not held to a high standard of recurring questioning."