Commercial applications utilize high frequency bands ranging from 3 MHz to over 30 GHz. These include televisions, FM radios, radio astronomy, mobile phones, Wi-Fi and many more. Various products in the above applications make use of high frequency printed circuit boards (PCBs). The low production cost of PCBs makes them attractive to modern electronics device manufacturers. However, in smaller quantities, the price per board may be much higher. 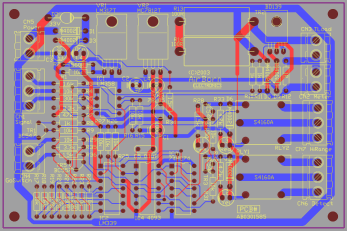 For better and faster PCBs, designers need to pay attention to three main areas when designing the boards—construction materials, component interconnections, and layout of traces.

In the design process of PCBs, designers mainly consider two major characteristics of the PCB material. One of them is the dielectric constant, and the other, the loss tangent. The dielectric constant affects the speed at which signals travel through the board. The loss tangent refers to the amount of signal lost by absorption within the material. While FR4 is a common material for constructing low-frequency circuits, for those using frequencies over 1 GHz, more premium materials are necessary.

It is very important for designers of high-frequency boards to consider points of connection between components and the PCB. For instance, placement of a pad over a ground plane may act as a capacitor. Use of surface mount devices (SMD) solves the problem largely, as they have small constructional features and lead length. However, passive components, including those in SMD form, may feature non-ideal characteristics as the frequency increases. Designers must consider this and compensate for these characteristics.

Once the designer has satisfactorily concluded the choice of construction material and the components, he/she must target achieving high-speed operations in a low-power environment. This involves:

There are two major aspects to reducing the amount of noise generated on-board. One of them is the distribution of power throughout the board, and the other involves power noise filtering. 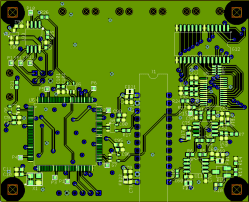 For distributing power throughout the PCB, designers may use either power planes or a power bus network. Typically, power planes on a multi-layer PCB consist of two or more metal layers carrying Vcc and GND to the devices. The DC resistance of such planes is low as a power plane covers nearly the full area of the PCB. Therefore, the power plane keeps the Vcc level constant while distributing it equally to all devices. It also provides noise protection, very high current-sink capability, and good shielding for the signals the PCB carries. 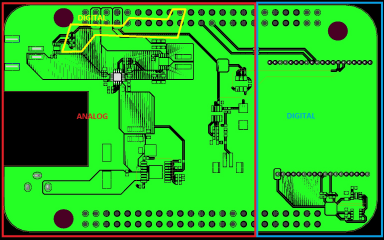 Separating planes and power buses carrying analog and digital power helps in minimizing on-board noise generation, as this prevents interaction between the two. However, all-digital systems may not have a separate analog power plane, and it may become prohibitively expensive to add a new one, unless the designer creates partitioned islands or split planes on the existing layers.

While it is advisable to separate the planes between the analog and digital power supplies on a system, some unwanted interactions may still exist between the two circuit types. Following suggestions may help to reduce the noise generation: 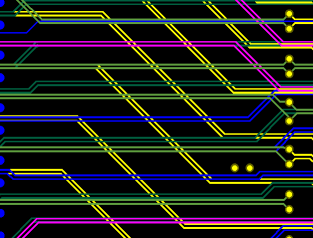 Following suggestions may help designers in reducing crosstalk in either stripline or microstrip layouts:

With faster digital devices and decreasing output switching times, device outputs exhibit higher transient currents as they discharge load capacitances. Additionally, there may be multiple outputs of a device switching at the same time from say, logic high to a logic low. This simultaneous dumping of current into the ground can raise the potential of the ground for a moment, causing references to change, and the phenomenon is ground bounce. Predominant conditions affecting ground bounce include load capacitances, socket inductances, and the number of simultaneously switching outputs.

Designers reduce ground bounce by following design methods such as:

Signals reflecting back and forth along mismatched impedance lines cause ringing at the load receiver. Ringing causes false triggering of the receiver as it reduces the dynamic range of the receiver. Designers eliminate reflections by making the source impedance equal to the trace impedance as well as to the impedance of the load by using proper termination of the signal line.

For impedance matching and terminating the signal lines properly, designers take care of signal integrity by: 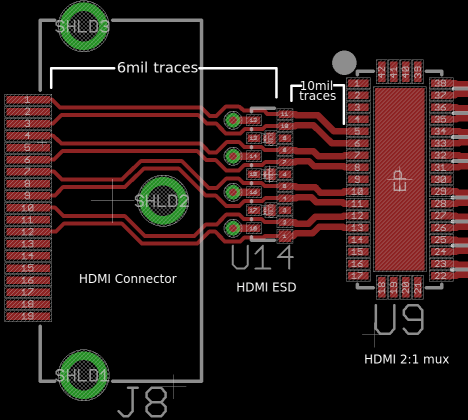 Apart from selecting the suitable high frequency material, there is a lot a designer can do with a better PCB layout for making it work as intended at high frequencies. As each PCB is unique, it has to be custom designed for its application. Using a PCB CAD or design suite software helps the designer as the software package offers a wide range of features.