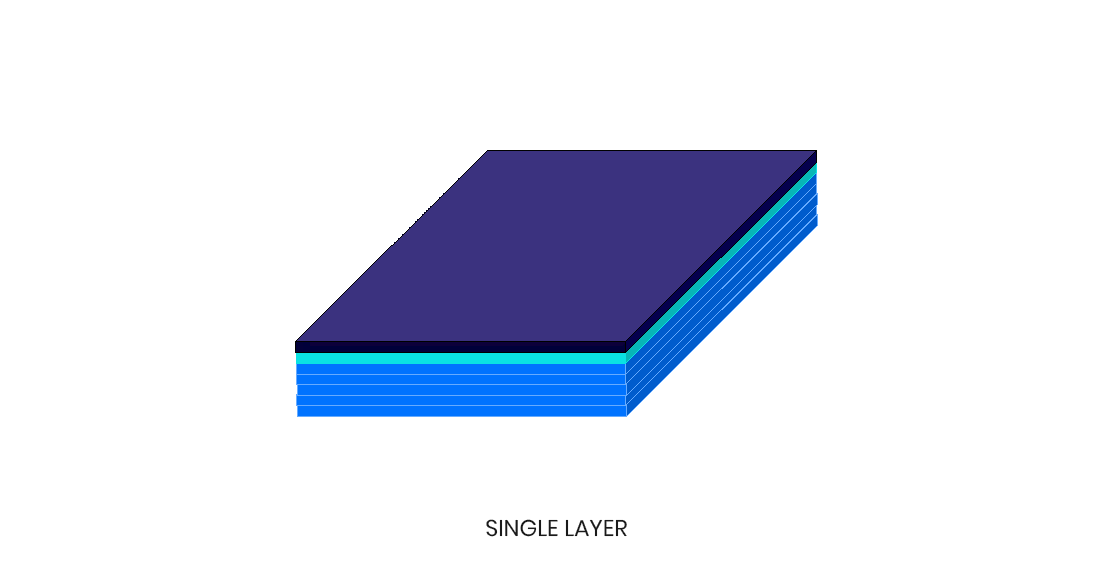 The electronic industry uses Printed Circuit Boards for holding up electronic components securely. The board also helps in interconnecting the components such that the circuit can function most optimally. It is possible to obtain printed circuit boards in different types, such as:

Fabricators can make very complex and sophisticated PCBs, depending on their application. For instance, all the above PCBs are also available as:

The cost of a PCB board depends on its physical size, the number of layers making it up, and its manner of construction. A PCB offers several advantages that actually depend on its detail of construction.

The printed circuit board gets its strength or rigidity from the core or substrate. The core is basically an epoxy reinforced glass fiber cloth. The fabricator bonds thin copper sheets on either side of the core, and this makes a copper clad. A single-sided board has only one copper sheet on the core, while the core of a double-sided board has both sides covered by copper.

The construction of a multi-layered board is an extension of the double-sided board. It has several copper clads with a pre-preg or insulation bonding them together. PCB manufacturers can use different materials for making their boards rigid or flexible depending on the application. The type and construction gives the PCB its multiple advantages. During fabrication of a single-sided board, the manufacturer has to undertake only one complicated process—chemical etching, provided the board is for surface mount components only. An additional process such as drilling is necessary if the board is using through-hole components.

As the single-sided board has only a single layer of copper, the designer has very few channels between components for routing traces. Therefore, single-sided boards can accommodate only simple designs that have a low component count.

Although they have several advantages, there are several disadvantages of single-layer boards also:

Designers overcome the above by using double-layer printed circuit boards. A double-layer board can have vias and plated-through holes, which is its biggest advantage over a single-layer board. Using a via a designer can connect the copper layers on both sides of the core. Therefore, vias allow the designer to approximately double the number of channels available for routing traces. That increases the suitability of a double-layer board for use with circuits of medium density. Additional advantages of double-layer printed circuit boards are:

Although the presence of a second layer of copper makes a double-layer board more expensive compared to the cost of a single-layer board, the cost difference is marginal. The reason being the almost similar fabrication techniques for the two types of boards, with the addition of only an extra layer of copper.

Even with the presence of two layers of copper, the method of construction still remains simple and similar to that of a single-layer board. Construction of multi-layered boards is even more complex. The second layer of copper in the double-layer board does increase the probabilities of manufacturing issues. However, the issues remain far lower than those occurring in multi-layered boards.

A PCB manufacturer must etch two layers of copper when manufacturing a double-layer board, while they etch only one layer of copper for a single-layer board. However, this does not increase the manufacturing complexity, as most manufacturers use the same bath for etching both sides at the same time. The drilling process remains the same for both types of boards for through holes and vias.

With almost the same manufacturing process, for single-layer and double-layer boards, most PCB manufacturers offer similar lead times for both types of boards.

Compared to the cost of a single-layer board, the double-layer board is marginally more expensive. However, the increase in costs is far lower than those of multi-layered boards.

The industry uses single-sided boards for simple circuits, and double-sided boards for circuits with medium density and complexity, thereby optimizing costs in the long run. Space constraints in a design may force the designer to consider a multi-layered board. But if the designer can use a single- or a double-layer board, the project benefits from the lower complexity, lower costs, and low lead times.